One night my best friend and I were watching a really great kung fu movie, Curse of the Golden Flower.  The movie ending was abrupt, anti-climactic, irresolute and inconclusive.  It left us with no sense of reconciliation, optimism, perseverance, or any of those other happy-ending feelings so typical of most movies.

As the ending approached, my friend cried out in horror:

Funny as the moment was, we could have stopped the film but it wouldn’t have ended.

In the film, a family fell apart, destroyed by greed, lust, hatred and power.  We reflected afterward, realizing and accepting that as terrible as it felt, some things are just tragic:

There is no way to prettily correct and quickly soothe the wrong that doesn’t dismiss and belittle the tragedy itself. 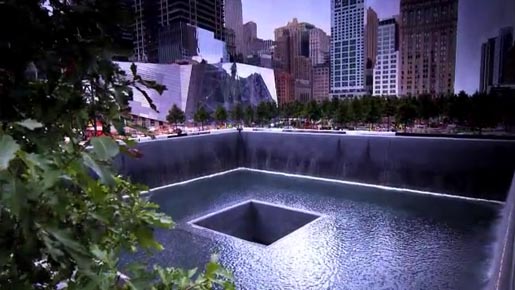 All we can know is what we learned.  And sometimes all we learn is just how much we can handle.

The world certainly was different.

Would we have been at war?  Would Bush have been reelected?

Maybe Katrina would have turned out differently.  Maybe Obama wouldn’t have been elected.  Maybe Citizens United wouldn’t have happened.

Maybe people wouldn’t think George W. Bush or Osama bin Laden when they heard the term Christian or Muslim.  Maybe hate crimes would have been fewer.  Maybe the world would be less black and white, good against evil, occidental vs. oriental, rich vs. poor.

What we can do is trust, that we have farther to go.  The ending of that film invited the viewer to accept the gravity of the tragedy, then resolve it for themselves.  It left us with responsibility for what comes next.

The resolution and happy ending  filled with love and joy can’t be given to us, we have to make it.  Otherwise it’s as meaningless as the superficial joy brought by any other love for purchase.

There’s strength in knowing there’s more ahead and the painful past is a tool of refinement to learn from.  It’s difficult to trust though, especially if we don’t know who we’re trusting in.

So for some, there’s a desperate need to understand: For it all to make sense.

Some find security in knowing we won’t ever understand:  Because if man could, that would mean man’s intellectual capacity were equal to that of God.

And what kind of God would that be?  To me, it’s far more reassuring to know the world rests in the hands of the infinitely good, Great Unknown whose thinking is light years beyond my own.

That is very black and white.

So I try, with every wound and every scar, every moment of anguish and desperation to look at what it really says about me: What can I handle?

That is our load test.  The scary danger of the load test is that it always puts the subject at risk.

By definition though, if the subject doesn’t break under the load it’s strong enough to bear it.

The only way to determine maximum operating capacity is to increase the load.

Unlike machines, we grow and change and develop constantly as we’re operating.  So… As long as we’re alive we’ll continue to be tested as our capacity increases.

A machine wouldn’t flip out, rust up and run into a corner to drink and party itself to death because the technician entered the building to administer the test.

Readiness is all that’s needed.

4 Replies to “The load test: Don’t cheat yourself with delusions about happy endings”

Please share your thoughts, encouragement, questions, I'd love to see them. Cancel reply

This site uses Akismet to reduce spam. Learn how your comment data is processed.